I’m not sure if you’re feeling the same way, but I’m starting to lose interest in the whole PC gaming biosphere. This year's E3 gave insight into the hottest gaming titles and items with Nintendo’s Wii having everyone's attention. On the other hand, don’t talk to me about EA's upcoming offerings for the PC.

So what about portable gaming? Well, you have three choices: the Sony PSP, Nintendo DS and that GP2X thing taking the money of Tux t-shirt wearing Linux zealots. Bearing all this in mind, I present to you my review of the Nintendo DS Lite.

Going back to E3 2005, where Nintendo first launched the original DS, everyone was wowed by the innovations and reinvention of portable gaming. It had dual screens sporting fancy touch screen control, voice recognition and even enhanced multiplayer with built-in WiFi that lets you play against other DS players over LAN and Internet. Not forgetting the backwards compatibility to play Game Boy Advance games.

However the original had its fair share of problems. The dual LCD screen was extremely pale in direct sunlight due to the poor LCD brightness levels. Not to mention the size and brick-like design looked like it came straight from the 80’s. Bring on the Nintendo DS Lite.

Nintendo made a call to Jenny Craig and Apple

iPod and DS side by site

First announced on January 26, 2006, Nintendo DS: Lite is much smaller and sleeker than its original predecessor. You could in fact describe it as "iPodish", with clean rounded edges and the flat elegant design 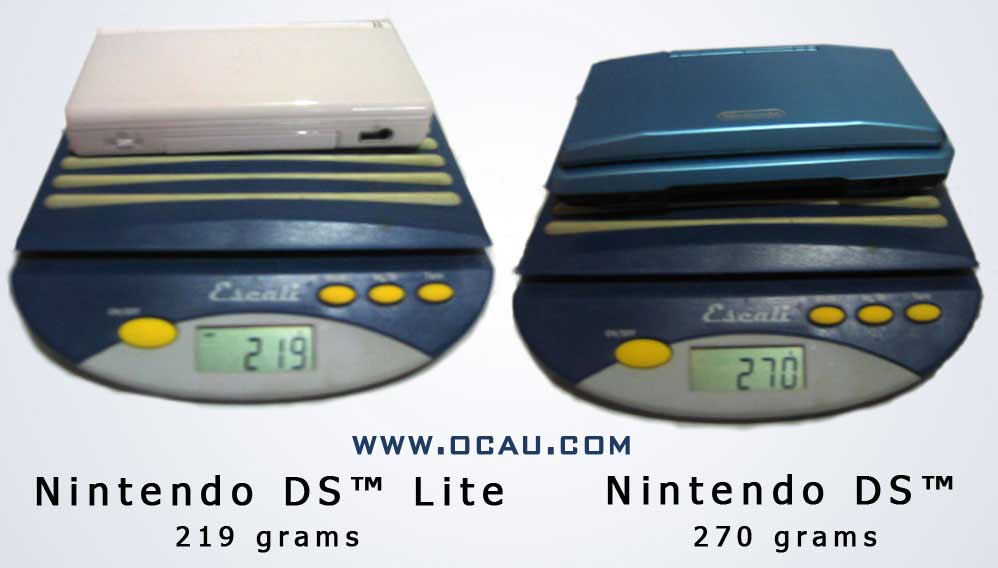 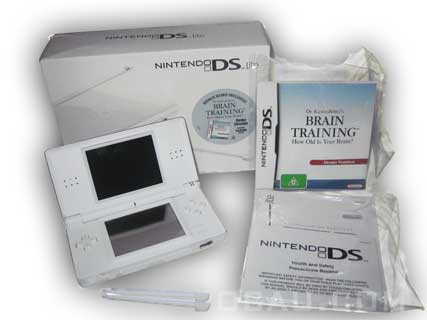 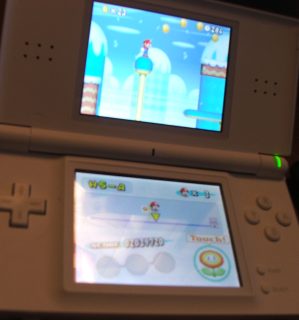 The controls are quite intuitive and simple to use. The stylus is one of the funky features with the touch sensitive screen. You can use the stylus to navigate through the menus without using buttons. Other functions include the handwriting recognition and in-game interaction like patting your dog in Nintendogs.

Voice recognition allows players another level of interaction with certain games. With Dr Kawashima's Brain Training for example you use the in built microphone (now in the middle) to say the different colours as they flash onto the screen. Some games will want you to blow or shout into the microphone. I have heard that the voice recognition can be at times frustrating for certain games if it can’t pickup what you said. The DS is one of the first portable gaming devices to include two speakers for stereo sound.

The WiFi capability hasn’t changed from the standard DS. The DS can connect to other DS players within 10-25 meters of each other locally. You can also use Nintendo WFC to connect with other players from around the world. Games like Mario Kart DS, Animal Crossing: Wild World, Tetris DS, Tony Hawk, Metroid Prime: Hunters, and Lost Magic all have online capability. There's also Super Mario Bros DS, Contact and many other future titles scheduled for release. Lets hope that Contact isn’t anything like the movie starting Jodie Foster. Ed: I liked that movie!

The handling and placement of the controls is excellent - it feels much like holding a SNES controller. The DS has two L+R button at the back of the controller, with D-pad on the left, X-Y-A-B on the right side and the Start/Select button now below instead of above the bottom screen. However while playing Mario Kart DS the right bottom corner of the DS tends to stick into my right hand in-between my thumb ***

Nintendo's English-language game library is smaller than the amount of Japanese titles. Nintendo's traditional series of titles Mario Kart, Metriod, Tetris, and Pokemon (couldn’t forget that) are all available for DS Lite. Of course there are new and other popular titles like Super Mario DS, Dr. Kawashima's Brain Training series and Nintendogs. Sonic will make his DS debut with Sonic Rush, currently in development.

The DS is quite hack friendly without the need to run modifications or modchip, you can google and search the forums to find more information about this.

==== TV on the DS? ==== Nintendo seem to have gotten the same idea as Sega did with the Game Gear. A digital broadcast receiver card will snap into the GBA cartridge slot and let users watch TV broadcasts on the DVB signal. It's unknown if it will receive the normal DVB-T standard for your TV or more likely the DVB-H standard for mobile devices, which is currently rolling out in Japan and some parts of the USA.

Opera on the DS 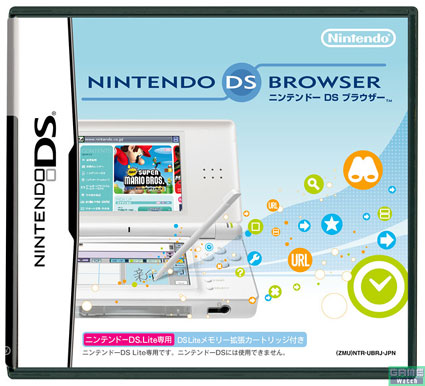 Nintendo have finally set July 24 for the release date in Japan[1], it's unknown if it will include English support for the Opera web browser on the DS. This browser will take advantage of the DS' dual screens - at best guess they use some clever zooming function, making the largest websites both readable and useable. The first screenshots and first hand encounters have started appearing on the web 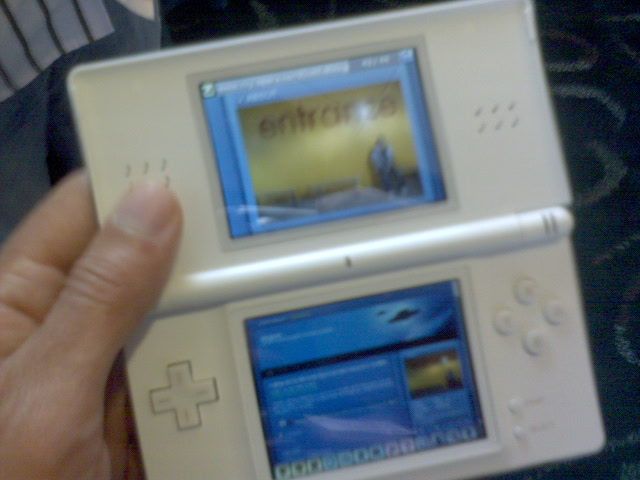 Without sounding like a Nintendo fanboy, the DS Lite is one of the cheapest portable gaming devices out - even cheaper than a PS2 console. Seeing the E3 previews and reviews of the Super Mario Bros had given me even more reasons and incentive to buy one. For only $199 you get some pretty box art, a free demo game and the extra stylus in case you lose it or absent-mindedly use it as a toothpick. Overall it's a great little device to kick back and enjoy in your down time.