The Nissan Silvia model dates back to the mid 1960's, a pure bloodline of sports cars beginning from the original CSP311 of 1964. The name Silvia originates from Roman mythology:

King Numitor of Alba Longa had an only child, Rhea Silvia. When Numitor was deposed and exiled by his younger brother Amulius the new king made Rhea Silvia a Vestal Virgin in order that she would not produce heirs to the throne. However, the god Mars ravished her and she gave birth to the twins Romulus and Remus. 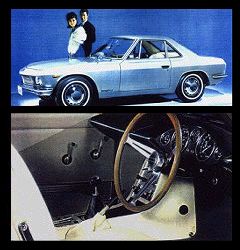 The CSP311 was designed by a German, Count Albrect Graf Goertz, who also had a hand in designing Studebakers, the classic BMW 507 and Porsche 911. It had the 1.6 litre R engine, a twin-carb, overhead valve design making 96 hp at 6000 rpm, and tipping the scales at 978 kg. (For comparison a 1.8 twin cam, 16 valve S13 Silvia from 1988 makes 135 hp and weighs 1100kg). The car was hand-built from high quality, thick guage sheet metal. It was the first Datsun to have synchromesh on all four forward gears. A 1966 Datsun Silvia sold in Australia for $4390, which made it more expensive than the Lotus Elan, and close to the $5088 pricetag of a Mercedes sedan. 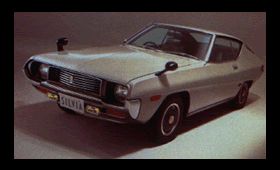 Contrary to popular belief the 180SX is not a different car to the Silvia. The model name, derived from the engine capacity of 1.8 litres, designates the 180SX as the hatchback version of the Silvia coupé. There were two engines; a 119 hp 2.0 litre, and a 1.8 making 91 hp. The S110 was sold as both a Silvia and Gazelle in Japan, the Gazelle being the luxury high-spec version. 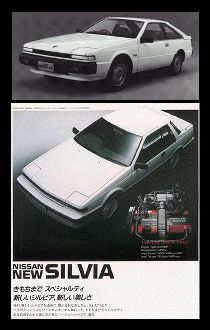 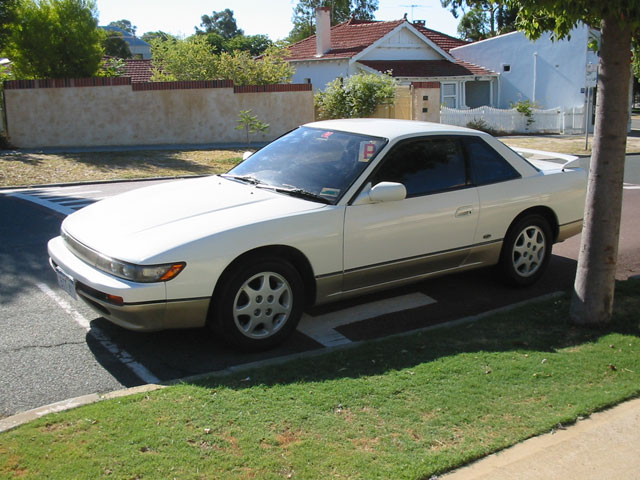 The sleek, modern lines of the S13 series heralded the entry in 1988 of the CA18DET. Unfortunately, the engine made less power (174 hp) than the outgoing FJ20DET. Packing leading edge technology, electric everything, HICAS four wheel steering and an optional Heads-Up Display into a compact 1100 kg frame, the S13 won numerous awards in Japan. In mid-1991 Nissan sought to cut manufacturing costs, by replacing the complex to build CA18 with the SR20DE and DET. This engine is Nissan's bread and butter four cylinder, displacing 2.0 litres and coming in naturally aspirated and turbo variants. The SR20DET has a massive aftermarket, being supported by all the major Japanese tuning houses. The SR20 engines continue to power Nissan's late model Silvias, as well as other cars such as Pulsars and Bluebirds. North Americans received the much less exciting single cam KA24E engine for 1989 and 1990, and the dual cam KA24DE for 1991 to 1993.

The S13's sweet handling RWD chassis, responsiveness to modification, bargain basement price as well as the anime Initial D and increase popularity of 'drift' racing means the S13 Silvia now has a large following throughout the world. 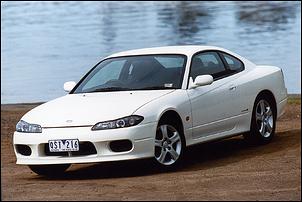 The S15 debuted in 1999. Essentially an evolution of the original 200SX of seven years earlier, but available with a 6 speed manual transmission. A review states:

The Silvia is certainly no bad thing - progressive and predictable rear wheel drive power oversteer with a reassuring trace of turn-in understeer. A wonderful, elastic and tractable engine (that clearly reflects the years of development), good steering and competent brakes.

The SR20DET responds very well to mods; exhaust and boost will net 270 hp or more, up from the stock Aus figure of 197 hp. The S15 was never introduced into the U.S. market.