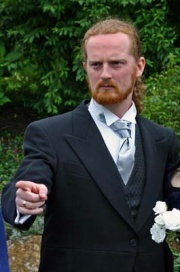 Agg and his wife, Annette have welcomed their first child, William, on the 28th of December, 2006. Baby and mother are happy and healthy. Their daughter Charlotte arrived on the 21st of June 2008. Agg has a hidden great love of Nascar, and secretly cries every time he turns right on his bike.